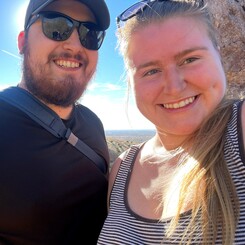 I am a 27 year old Linux kernel and LLVM hacker, currently employed as an independent contractor through The Linux Foundation to maintain ClangBuiltLinux. I am interested in performance analysis, compilers, security, and operating systems. I completed my Bachelor of Science in Information Technology at Grand Canyon University in 2022.

Below are links to some of my open source contributions. If you have any questions about them, feel free to reach out to me with the links on the home page.

ClangBuiltLinux is a collaborative organization between several engineers across different companies like Google, Linaro, and IBM to improve building the Linux kernel with the LLVM tools such as clang and lld. I have contributed various fixes to the Linux kernel and LLVM, helped triage and debug issues on the issue tracker, improved the continuous integration setups (Travis CI based and TuxSuite / GitHub Actions based), developed a QEMU and buildroot boot framework, a Docker testing environment (former and current), and a set of toolchain build scripts for myself and others to use for consistent testing/developing.

All of my kernels focused on stability/security by merging in the stable updates from kernel.org, any relevant updates from Qualcomm, and building with newer compilers to fix warnings during compilation. Below are the highlights for each kernel.